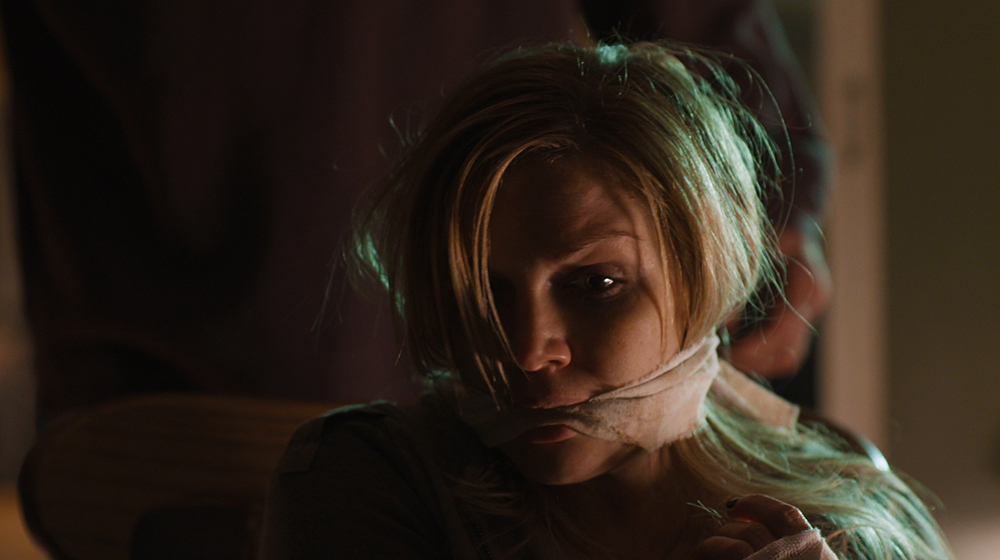 Grindstone Entertainment has picked up all North American rights to Devil May Call, the latest
feature from director Jason Cuadrado. Lionsgate Home Entertainment, which has a
distribution deal with Grindstone, will release the thriller in the U.S. and Canada.

The horror-thriller stars Corri English (Unrest), Tyler Mane (Halloween I and II), Traci
Lords (Blade), Van Hansis (Eastsiders), Tracy Perez (East Los High), and Camillia
Monet (The Shield). The film is about a young blind woman who is preparing for her last shift
at a suicide hotline. One of her regular callers is a serial killer she unknowingly has been talking
out of killing himself. Her last night on the job becomes a nightmare when the killer stalks the
call center.

The film was written by Jason Cuadrado and Wyatt Doyle with Cuadrado taking on directorial
duties.

Cuadrado described the title as a throwback to claustrophobic thrillers like Wait Until Dark and
Assault on Precinct 13.

Lionsgate Home Entertainment will release the film across all media platforms in 2015.
International rights for the film are being handled by Devilworks, who have already sold several
territories in Europe and Asia.

The U.S. deal was negotiated by Lars Bjorck of the Bjorck Film Alliance, the filmmakers, and
Grindstone Entertainment’s Stan Wertlieb.